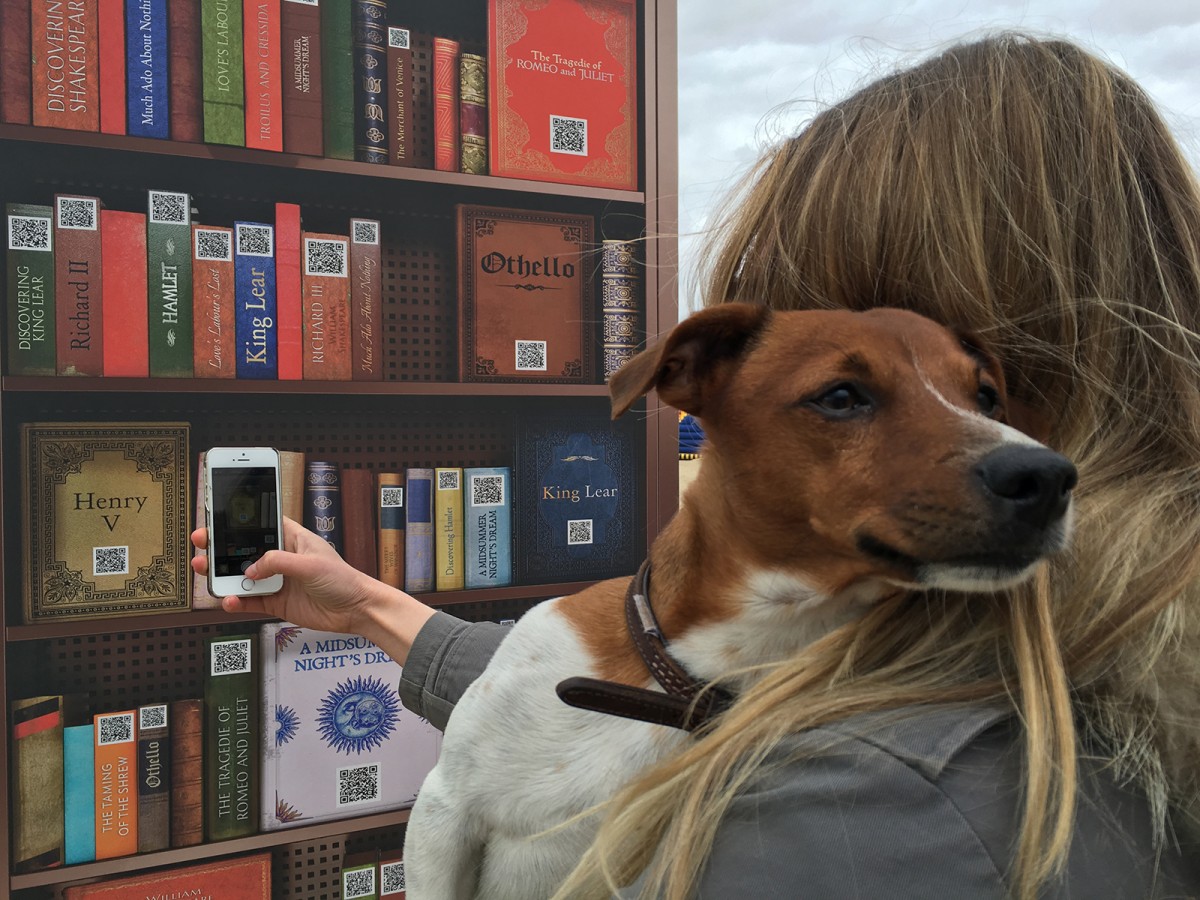 To mark the 400th anniversary of Shakespeare’s death, Vodafone and the British Library have launched a touring Digital Library complete with QR codes that link to original first edition Shakespeare plays, many of which were first published in the 16th century. We’ve enjoyed touring with the library to Bournemouth Beach and Trafalgar Square, before its UK-wide road trip from Edinburgh to Penzance, and its further roll-out worldwide